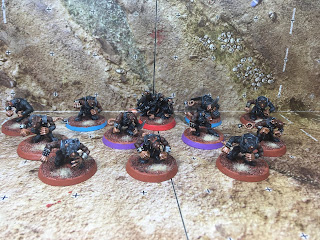 As a birthday treat to myself I splurged (a little) on a commission piece created by Andy 'Thor' Spiers of Black Wolf Painting Studio. For a very reasonable price (think it was in £60 - £75 range) he delved into his bits and created and painted a full Blood Bowl team for me along with a carry case, the only quirk being it would be one of three teams and I couldn't choose which  - I elected for Khemri, Bretonnian and I believe the third was Chaos (maybe).

Anyway in super quick time he made and painted them for me and passed them onto a friend at the Waterbowl. I'm not normally one to get people to paint a team for me although this is the second in recent times. I've realised otherwise it will take me forever to play all 26 teams!!

Andy was very communicative and did a great job - my favourite bit being the use of shields to denote the blockers. As he said to me they could easily be used as Humans too as positionals are easily identifiable as Throwers, Catchers etc as well as Knights.

Posted by Littleleadperson at 06:11:00 No comments:

So here's a match report from our local league in Sheffield. Elred and Cuthbert, are a pair of commentators who we have as characters in our match reports. Elred is a haughty high elf while Cuthbert is the most eloquent zombie ever...not. Needless to say I was the Dark Elves and I got trounced!

Elred: “And welcome sports fans with what promises to be a very heated match! Douvik Nethercaller, head coach of the Bleeding Harts has suffered punishing criticism after their 3-0 drubbing at the hands of rookie Chaos team Mike's Goats. Accusations abound that too much time and money has been invested in training a select few skilled players at the expense of team training. What do you think Cuthbert?”

Elred: “Well said my odorous friend. Meanwhile their opponents the Green Day Pacters are yet to play this season although Aaron Cometbus has really taken to track training and is looking very nimble on his feet....

So the Harts have won the toss and elected to receive the kick..interesting..A fairly central kick but what's this?? The Pacters are very quick with Cometbus blitzing a Dark Elf lineman before the ball has even hit the ground!!”

Elred: “ So the Harts pick up the ball and screen it off - all good so far. Meanwhile the Pacters are smashing up my evil elven cousins from across the sea, Bully Vard the Minotaur charging and stunning a lineman and the Ogre Dookie knocking out another! 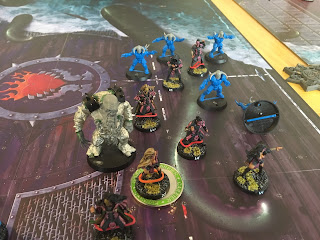 What's this – dark elf failing a dodge?? I can't help think there's something in what Nethercaller's accusers have been saying!”

Cuthbert's nose dribbles (it's not snot)

Elred: “Things are bad when Elves are having to cage and oh dear, Dookie has taken out the corner.

Miarrvyne Romaith, the ball carrying witch elf is exposed now! A marauder blitzes her but agile as she is she avoids been floored and is just pushed up between her team mates while the Pacters crowd the huddle around her. And what's this?? She's broken free - a frenzied push up out of what is quite frankly a mess here and deep into the Pacter's half! 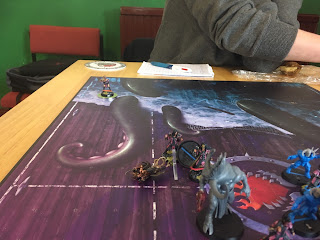 And now a Marauder has broken free and dived at her taking them both down!

Elred: “And now Dark Elf blitzer, Merthen Apoavo has broken free to pick up the ball while his lineman teammate marks the downed Marauder who is then promptly blitzed away! 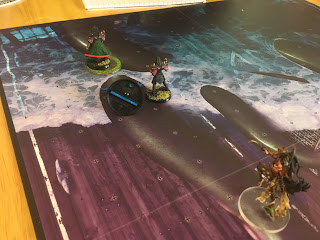 Oh and what's this?? In the murderous carnage in the middle of the pitch Teriher Merryn, blitzer for the Harts has been smashed to the ground and stomped to death by Bully Vard!! Lucky for the Harts, Apoavo eludes his mark and scores. TOUCHDOWN!!

Well that was dramatic! If the Pacters can score before the end of this half, things are looking very shakey for the Harts..

Nice deep kick. What remains of the Harts is marked...


...and  Bully has taken another player off the pitch, luckily just a KO this time. A marauder has got the ball and handed off to the Pacter's own Dark Elf, Nimrod. 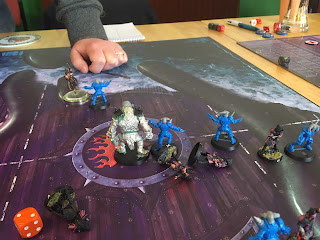 Boy, do the Harts fans hate this turncoat! Well that's Romaith too hurt to play for the rest of the game as she's mobbed by Bully and three Marauders. 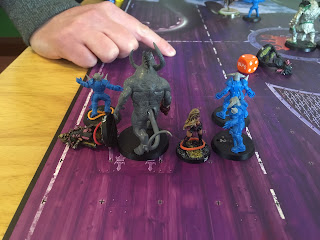 Really now it's a choice of who will score. Nimrod does a quick pass and Mike Dirnt catches scores!!”

Elred: “Yes I agree, things are really going to be tough now for the Harts now. And it seems not many of the team are recovering from being knocked out..These fans are insane! They are now threatening the ref with a severe beating should he not turn a blind eye to fouling. They're out for blood!

So the ball's kicked on the sideline but Nimrod just about still has it.

Oh this is just horrendous..Harts are failing dodges are all over..that break away blitz just saw one of them on the floor. The Pacters are taking their time travelling up the pitch and stalling smashing elven skulls as they go. 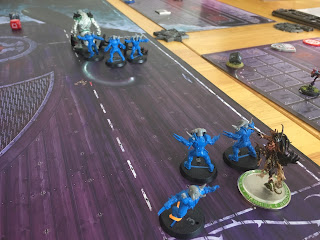 No one is standing at all now! 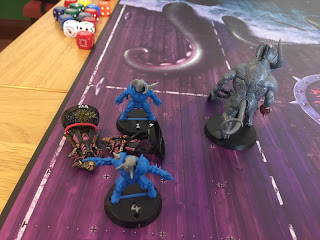 And I can even see a sneaky foul in there and that's another Dark Elf lineman off the pitch. And with that it's all over...Nimrod has scored and the Pacters have won 2-1!! 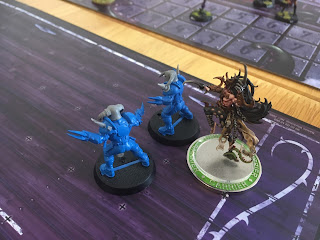 Thanks for watching sports fans. I wouldn't be surprised if Nethercaller is flayed alive after his team's performance!”

Posted by Littleleadperson at 16:41:00 No comments:

Someone in our Blood Bowl league reminded me I still have a blog and looking at it, it's a year since I posted! Anyway here's some pictures of the second batch of the Mansions of Madness commission all painted up. Enjoy! 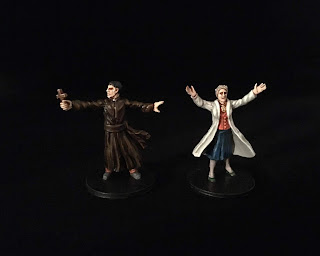 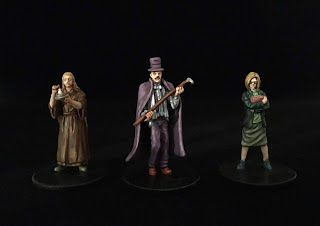 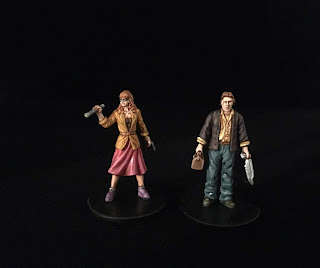 Posted by Littleleadperson at 16:04:00 No comments:

Email ThisBlogThis!Share to TwitterShare to FacebookShare to Pinterest
Labels: board game, Mansions of Madness

A couple of Star Players I recently painted up for my halfling team Biffo’s Burger Bar Boys. 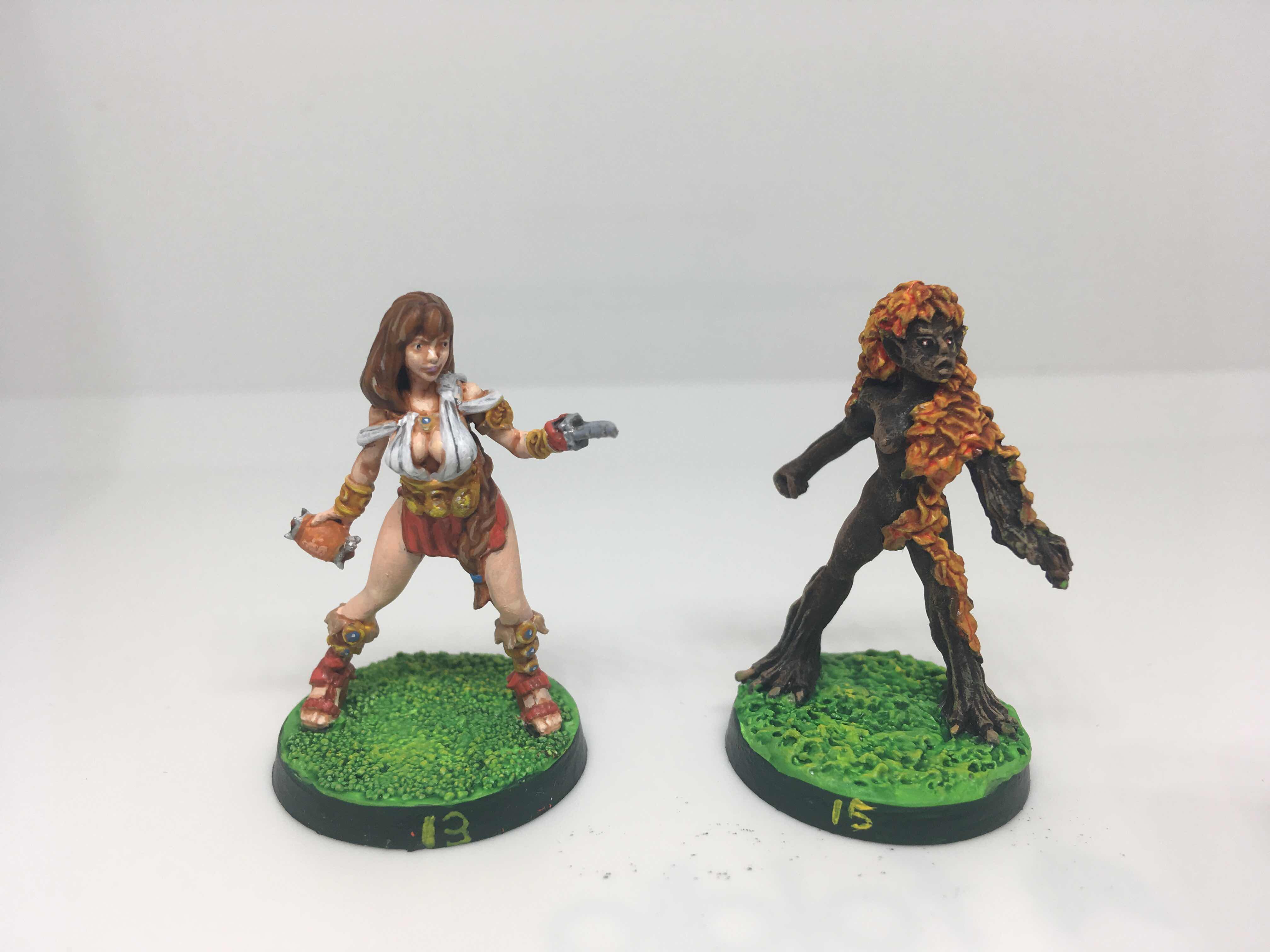 Posted by Littleleadperson at 12:03:00 No comments:

Treeman I recently painted up for Blood Bowl. 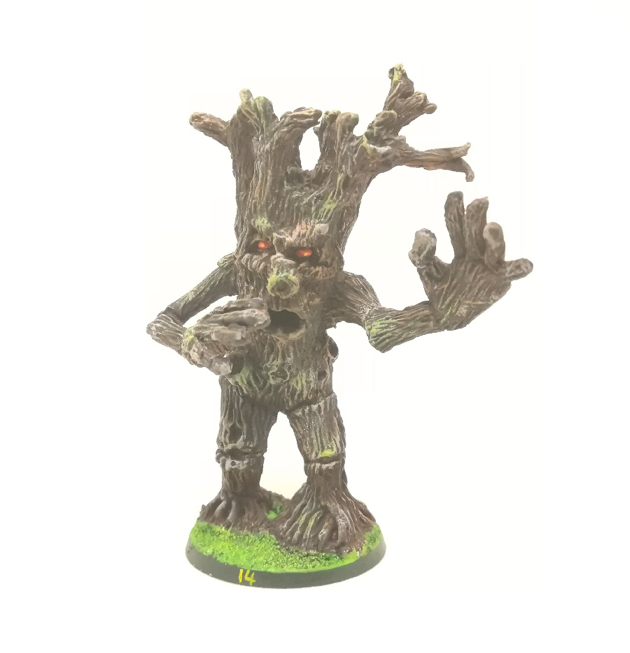 Posted by Littleleadperson at 06:51:00 No comments:

Some board game figures I painted for a commission. The Drifter and the Scientist were my favourite to paint - I highlighted up from grey to white for her which I think worked well and the highlights on him really came out well. Bit of a change for me as I'm not used to painting either 20mm or on soft plastic but I learnt some stuff. 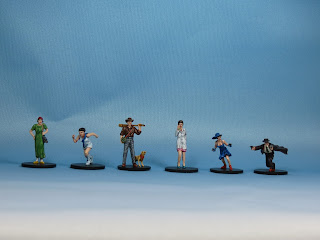 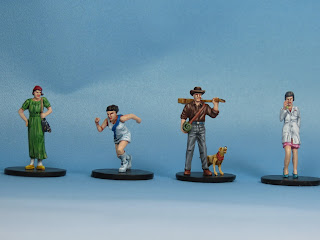 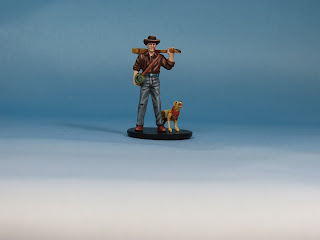 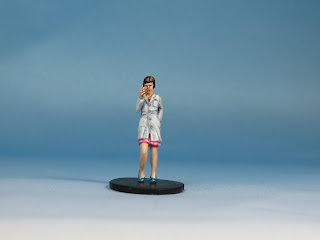 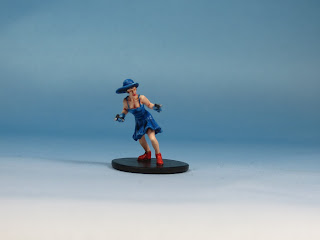 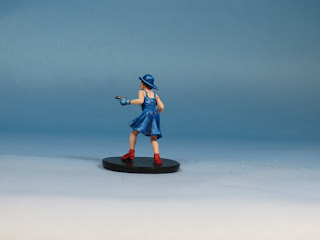 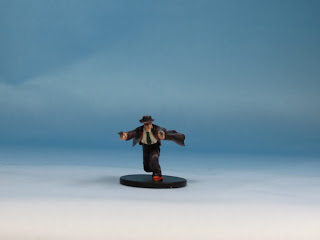 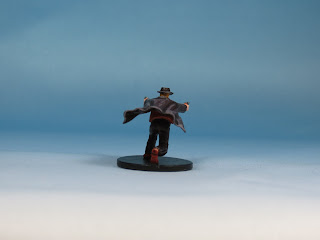 Posted by Littleleadperson at 06:58:00 No comments: